CHILLING details have emerged on a Canadian couple found dead reportedly with their throats slashed in a Mexican beach resort.

The man and the woman were found dead on Monday with prosecutors confirming that the male victim was on an Interpol wanted list for fraud charges.

The couple was found dead at a hotel-condominium in popular beach resort spot Playa del Carmen.

“He was not a tourist,” an official told Reuters, saying that the murdered man has been in Mexico for about four years. 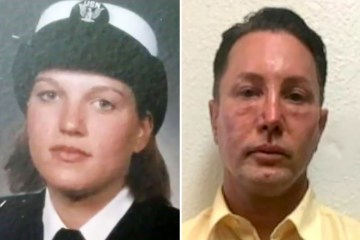 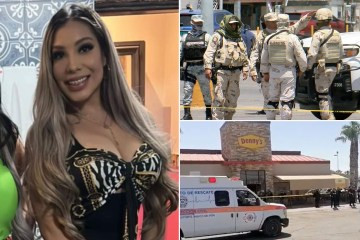 There is no immediate information regarding their names or what town they are from, ABC News reported.

This is the most recent incident in a series of violent events that Playa del Carmen has faced.

This comes as Spring Breakers have been warned against traveling to Mexico’s popular Caribbean beach resorts over fears they could be killed in the crossfire of a raging drug cartel turf war.

Riviera Maya destinations such as Playa del Carmen, Cancún and Tulum have been hit in recent times by a spate of brutal murders as gangs wrestle to control the booming drug trade.

Playa del Carmen in particular seems to currently be gripped by an ongoing battle that is leaving a bloody trail of bodies in its wake.

Earlier in the month British businessman Chris Cleave, 54, was gunned down and killed execution-style in front of his 14-year-old daughter, also near Playa del Carmen.

And in January the manager of a trendy beach club was found dead just five days after two Canadian citizens were killed in a shootout at a hotel, again in Playa del Carmen.

Robert Almonte, a retired deputy chief of the El Paso police department and former US Marshall for the Western District of Texas who is an expert on Mexican drug cartels, warned that the tourist resorts are currently a war zone.

Mr. Almonte told The Sun: “It is not safe to go to the resorts.

“Tourists are not going to be specifically targeted but the concern is that they become collateral damage.

“The cartels are not very careful about how they kill.

Ralf Rangnick apologised after Manchester United’s dismal season hit a new low with a “humiliating” 4-0 defeat against Brighton on Saturday. United have endured a host of loss in one of their most embarrassing seasons [read more…]

China has repeatedly taken extreme methods in its attempts to try and stamp out any Covid cases, including forcibly moving people from their homes and into quarantine facilities The quarantine zone at the Shanghai New [read more…]